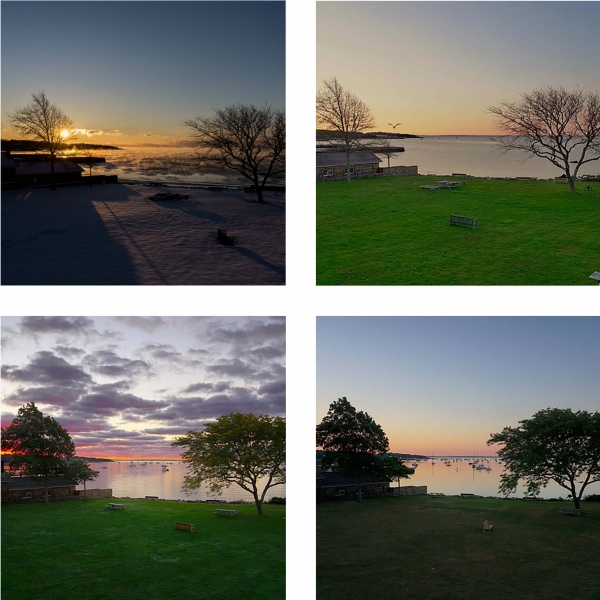 “Good morning, Shipyard Park! Exactly different, every day” is a personal photography project I started in 2011.

Copies are also available at Rogers Gallery and Town Wharf General Store in Mattapoisett in December; perfectly timed for the holidays! 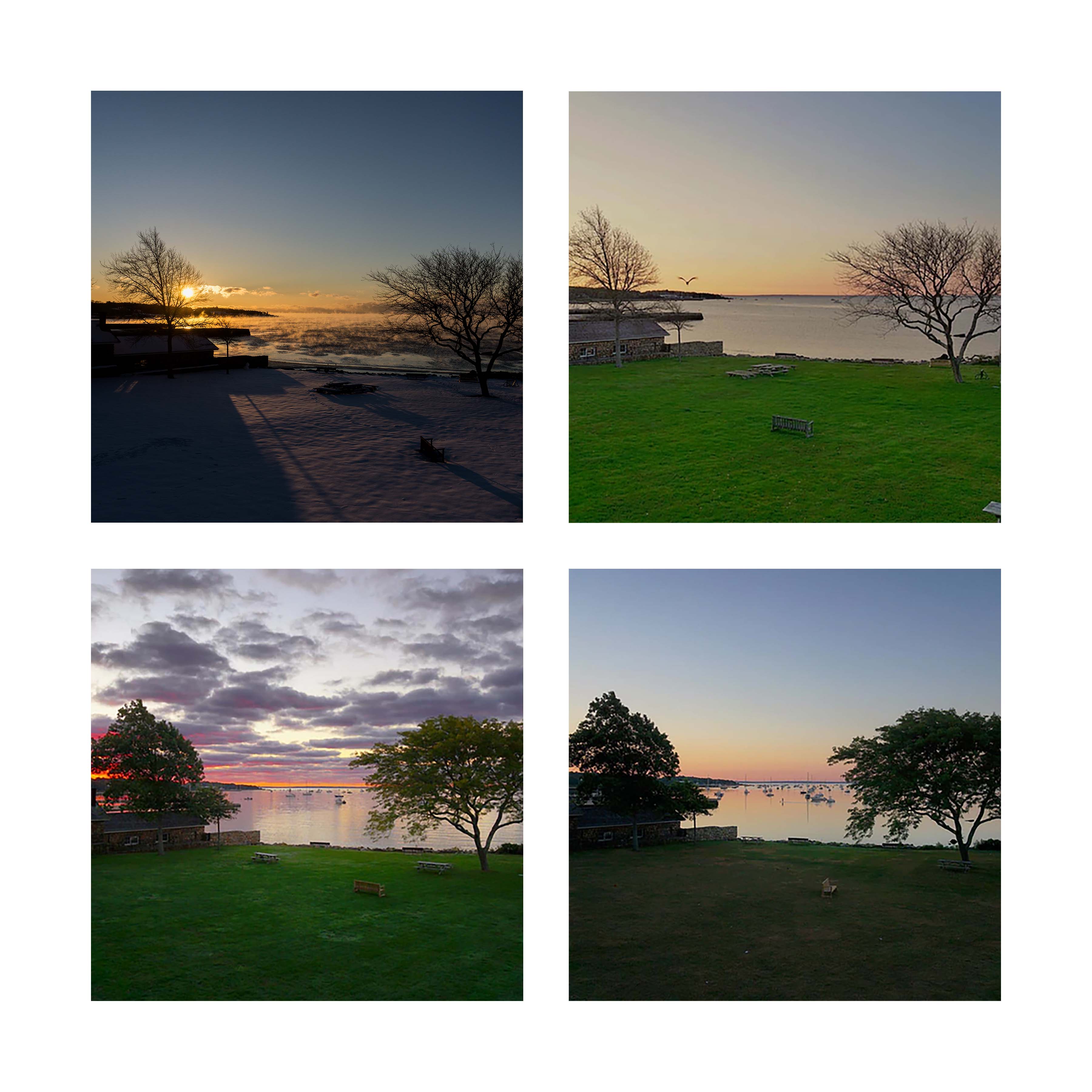 I launched my Good Morning, Shipyard Park! project om January 2011 and over this period I have created over 2,000 images of this scene. The vast majority were captured a little before or a little after sunrise. This is an ideal time for photographers due to the special nature of the light. A similar window of opportunity exists around sunset. These periods are known to photographers as the Golden Hour. Shipyard Park presents itself well during this early morning light.

On first blush, the scene is exactly the same every day but upon closer examination it isn’t at all. There’s the changing light and the clouds. The stillness of the surface or the crashing waves on the harbor. Sometimes there are flocks of seagulls circling overhead and on rare lucky occasions, a Great Blue Heron graces us with an appearance. The majority human free but many celebrate the life in a popular place in the community. The only thing that I can count on is that Shipyard Park will be “exactly different, every day.”

I thought it might be fun to share a little story about each of the limited edition prints (series of 50) that are in the back of each copy of Good Morning, Shipyard Park! exactly different, every day.

Needs less to say, February 14, 2016 was a very cold day. In fact, I think it was the coldest all last winter. When I captured this image around 7 AM the temperature was minus 8 degrees Fahrenheit with a Northwest wind gusting to 20 MPH making the wind chill effect a frosty minus 26 degrees!

Here’s a gloveless version confirming the temperature on my iPhone. 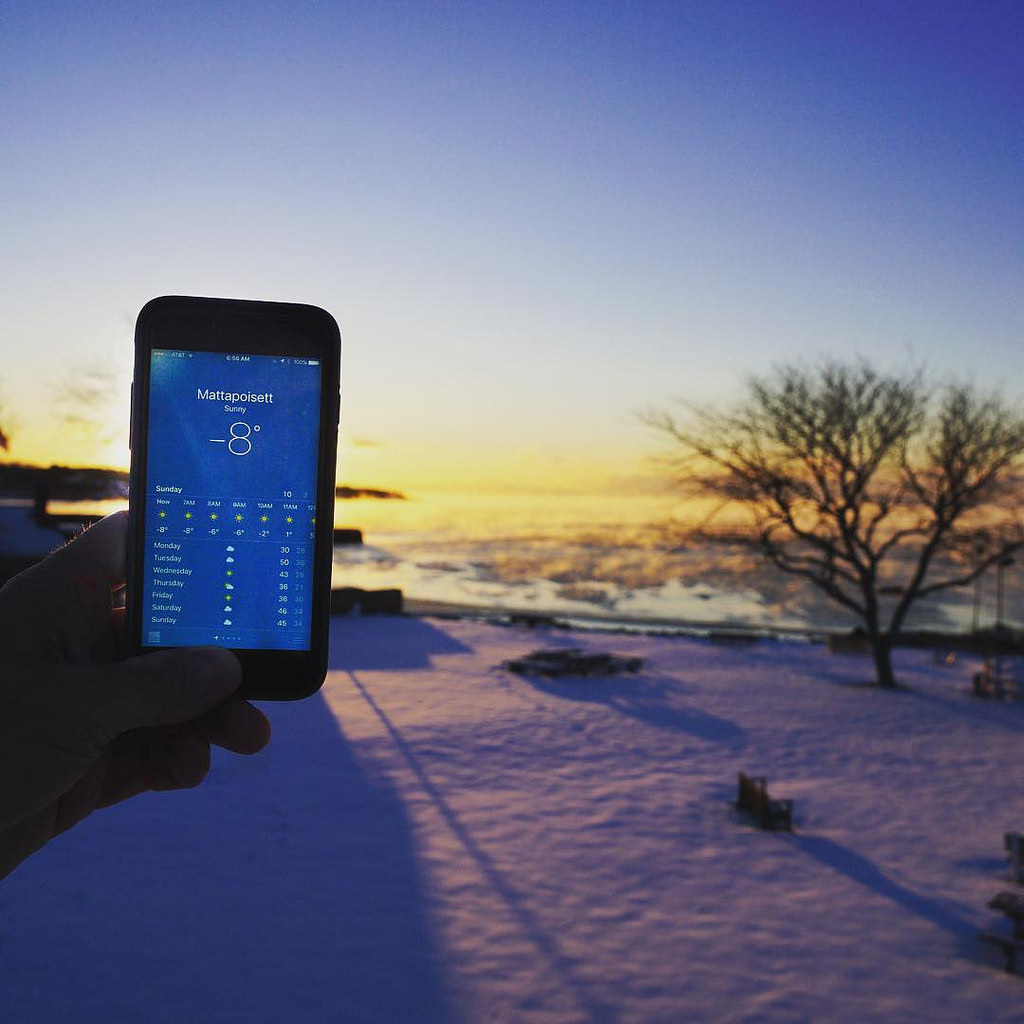 before the battery crashed. I couldn’t feel my fingers within a few seconds of capturing this image.

This spectacular smoke on water effect happens periodically. Soundings Magazine published a 2 page spread of a similar image I captured in February 2015. 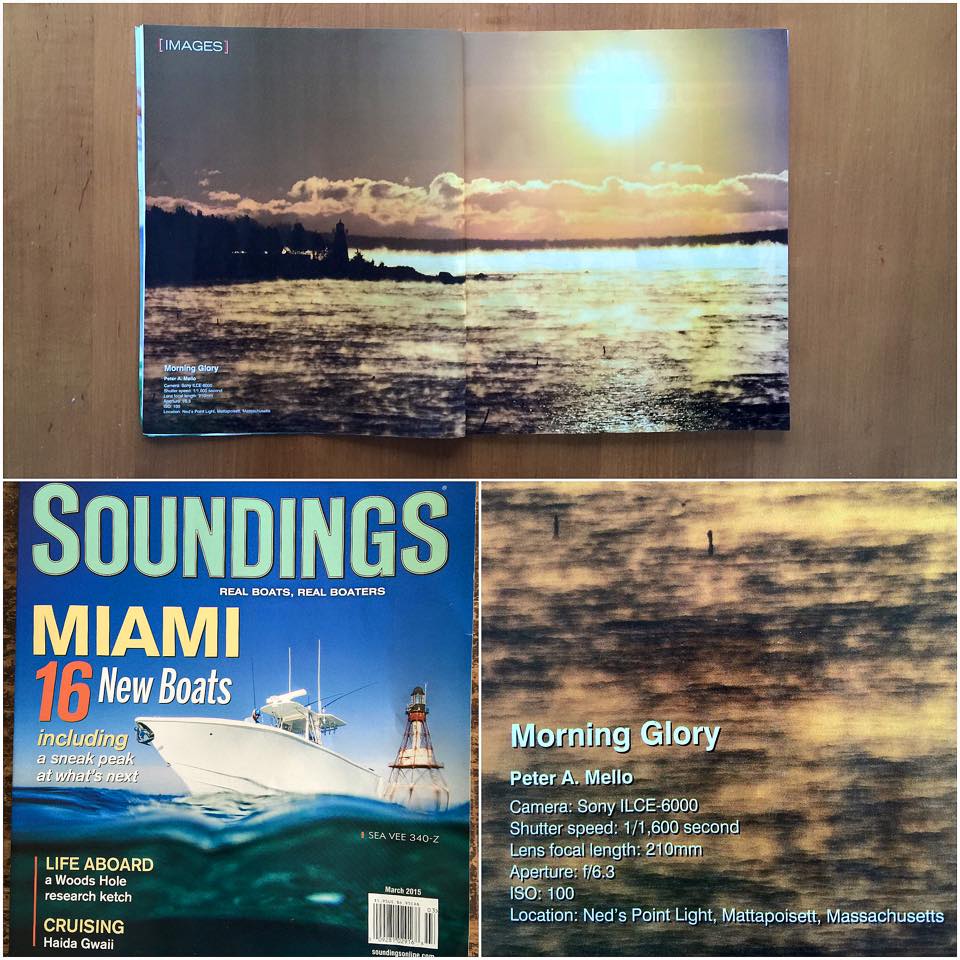 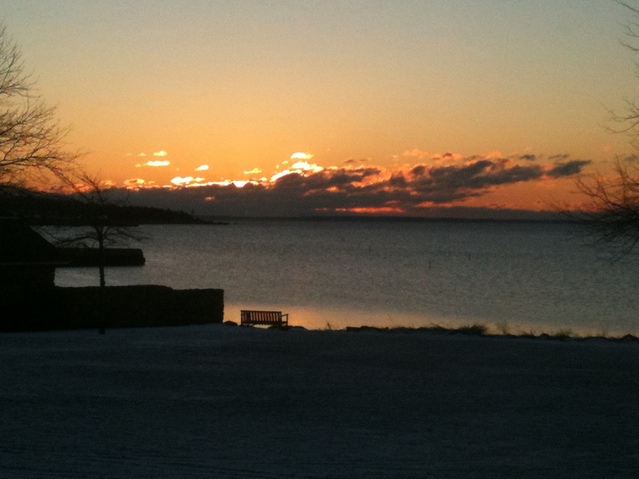 One of the things I enjoy most about rising early every morning to capture these images is how peaceful life can be on the harbor at this time of day. Occasionally, there may be a boat departing from the town wharf and there are the walkers and runners on their own daily routines that you could set a watch to. But the real interesting and beautiful activity comes from nature and May 9, 2016 was an extraordinary day.

As I walked out to set up my tripod and camera to make the morning’s image, I could hear a whooshing sound in the distance getting louder and faster. I looked up and coming right at me was a Great Blue Heron with a large fish in its beak. It flew directly over me and our house but unfortunately, my camera is normally set up for landscapes (slower shutter speeds) rather than for nature. I was only able to salvage one image free from motion blur due to the impressive speed this beautiful bird flew over me. I’ve seen the heron on several occasions flying over the harbor but never before had it flown so close that I felt like I could have almost reach out and touched it. 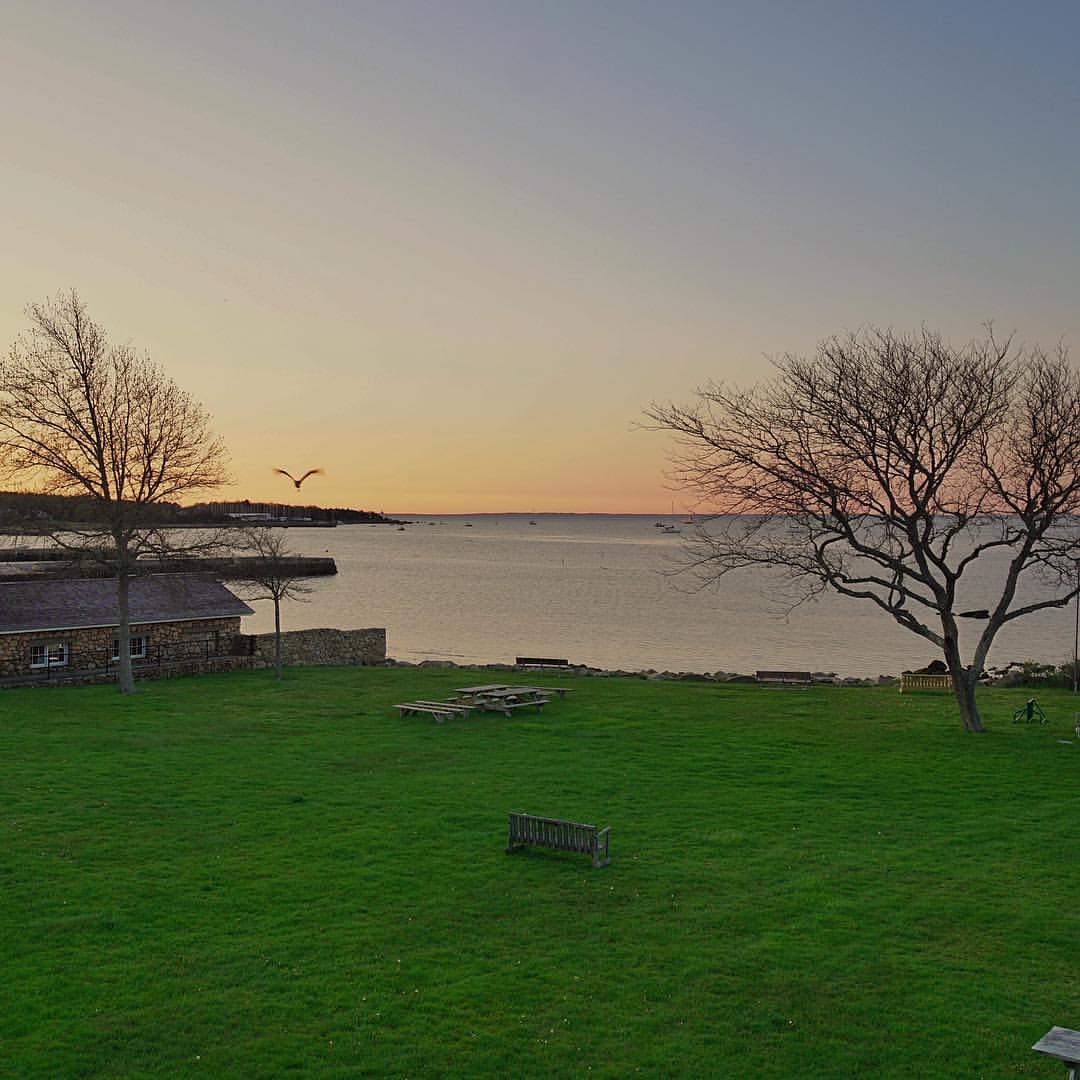 Here’s a video capturing these amazing birds in flight. Enjoy.

Another reason I love getting up early to make these images is to experience the absolute stillness of some mornings where not a breath of wind or a ripple on the water can be found. 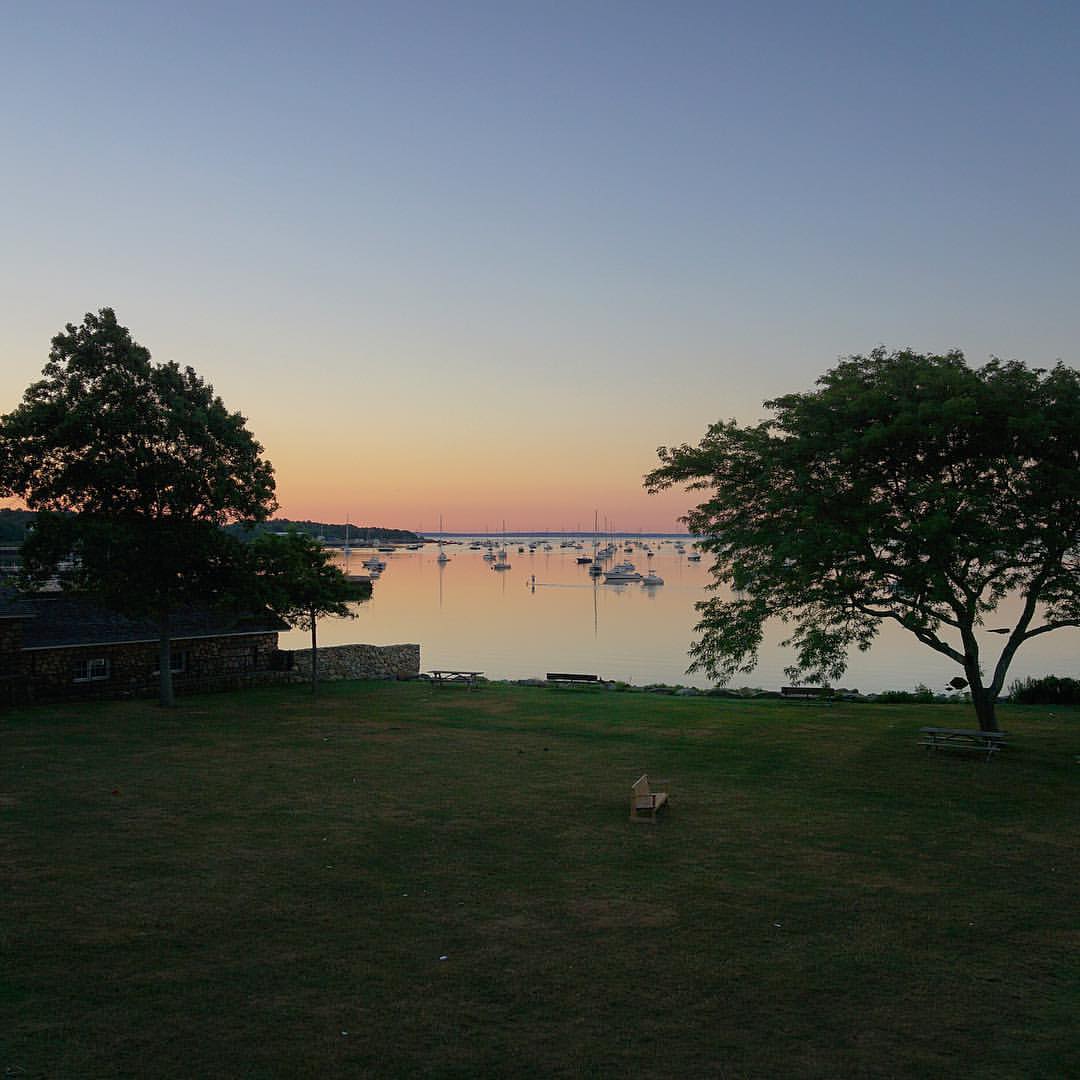 This was the case with the above image where if you look closely you’ll see someone else enjoying the stillness of a summer morning as well.

I love when people “stride by” or paddle through my images. Thanks Chip!

This is the final print in the 2016 Season series. If you follow my work throughout the year you will see that starting in October the sunrises become more wildly colorful. The sun continues to slide to the South and the weather this time of year generally produces more dramatic clouds. 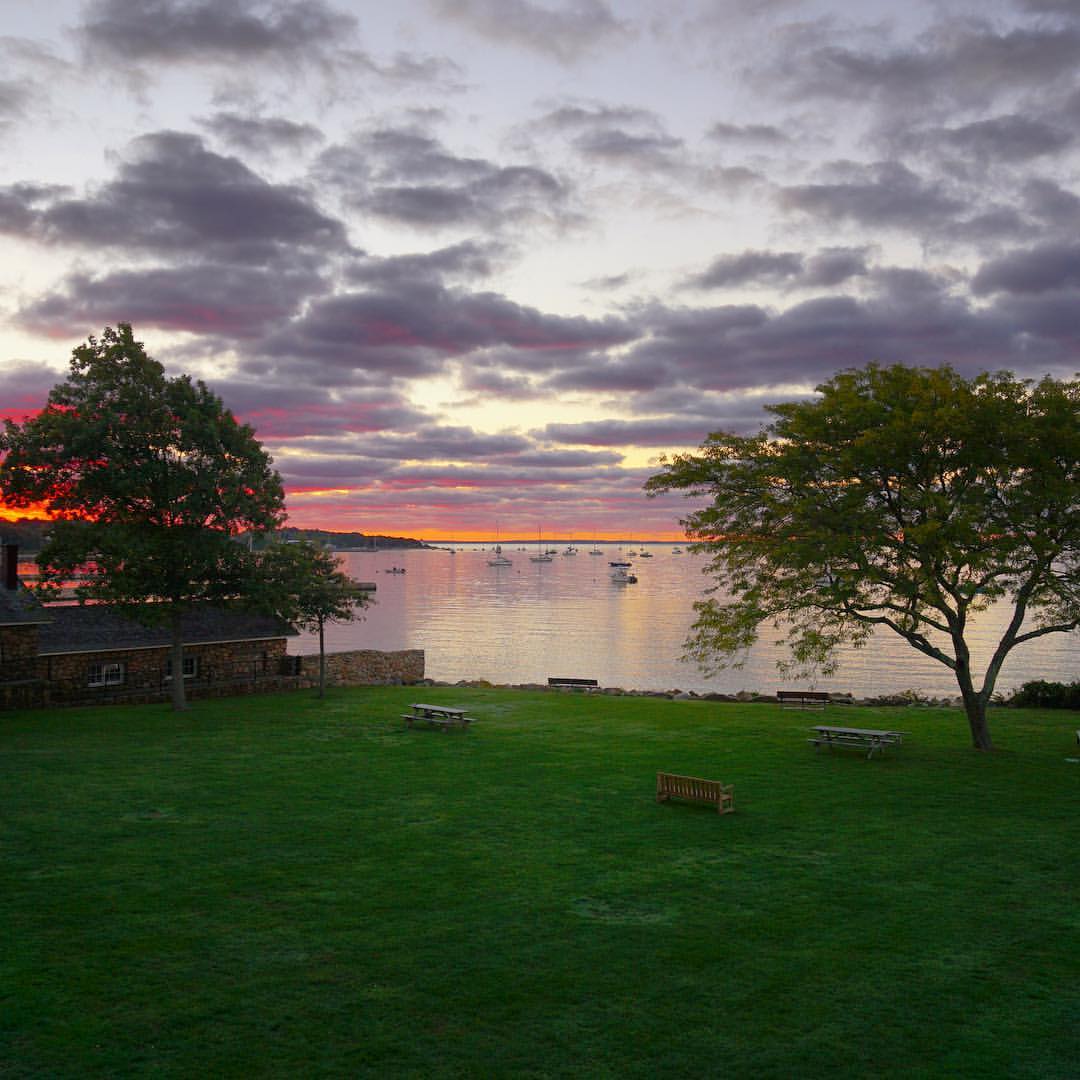 I chose this image for it’s technicolor qualities: an incredible yellow light which spread across the horizon and puffy, billowing clouds which were underlit with an amazingly vivid pink. It was another still morning but in contract to the Summer print, you will find no paddleboarders and fewer boats still moored in the harbor. Mid October ‘s marks the end of the season for most boat owners.

Every season is beautiful in Shipyard Park but Autumn is my favorite since it produces such a wide range of colorful sunrises and sunsets like and different than this one.

Mattapoisett harbor is beautiful in all seasons!

There are no reviews yet. 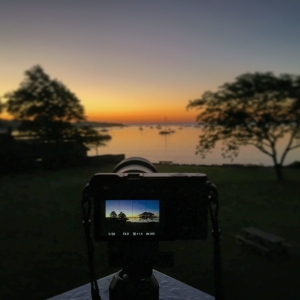 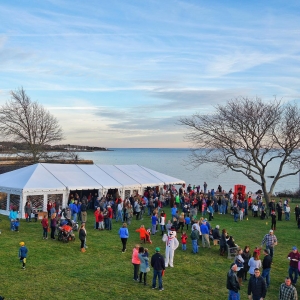 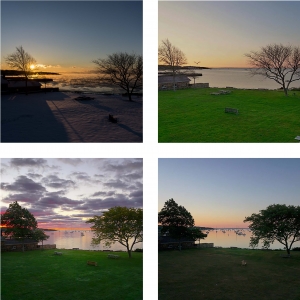 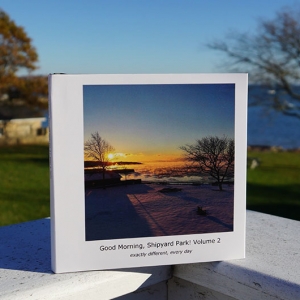 Special Offer: One for You and One for a Friend | Good Morning, Shipyard Park! Volume 2 (2016) 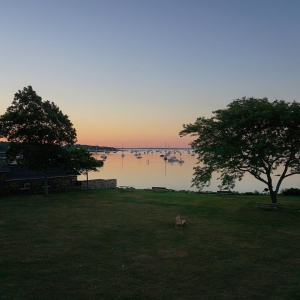 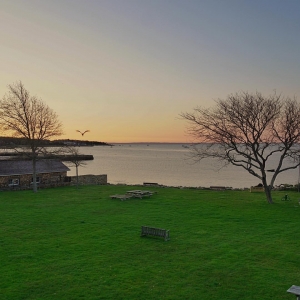 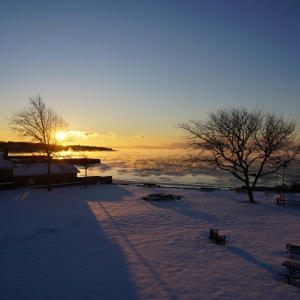 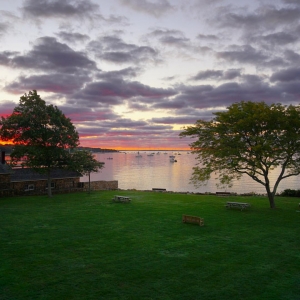